As part of the festive event “Lieser lifts off” on 10.09. crowned the new wine queen of the local community Lieser.

In the beautiful ambience of the castle park, mayor Jochen Kiesgen opened the coronation ceremony with a short greeting to the numerous spectators and the invited wine rulers of the neighboring villages. The former German Wine Princess Nicole Kochan-Platz then took over the moderation and led through the program. Accompanied by the Musikverein, the reigning Highness Eva-Maria I drove into the palace park with her princesses Michelle and Linda. After the presentation of the guests, Eva-Maria held her farewell speech, during which one or the other tear was “suppressed”. She especially thanked her princesses for their support over the past three years.

High on the carriage, the highlight was the new highnesses in the park, who were not known to the audience until then. The name of the new wine queen and her princesses is traditionally kept secret in Lieser until the day of the coronation. After climbing the staircase gallery, the presenter welcomed the new wine queen Anna I (Dusemund) and her princesses Victoria (Quint) and Eva (Dusemund) and introduced them to the audience. After the performance, Eva I. presented the crown to the new highness.

In her inaugural address, Anna “confessed” that it had always been her dream to become Lieser’s wine queen one day and that she was looking forward to representing the community and its wines in the future. She thanked the winegrowers and associations for holding the festival, the Hotel Schloss Lieser for using the location and the music association for providing musical accompaniment to the celebration.

After the ceremony, the Highnesses then went over the festival to the individual farms to introduce themselves to the winegrowers and the many guests. 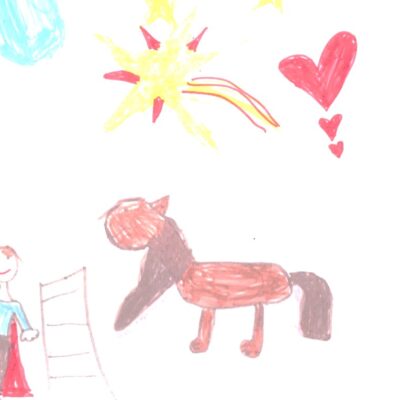 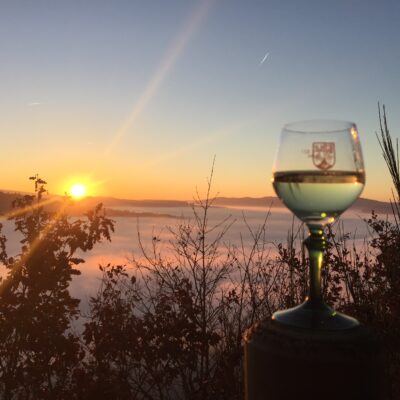